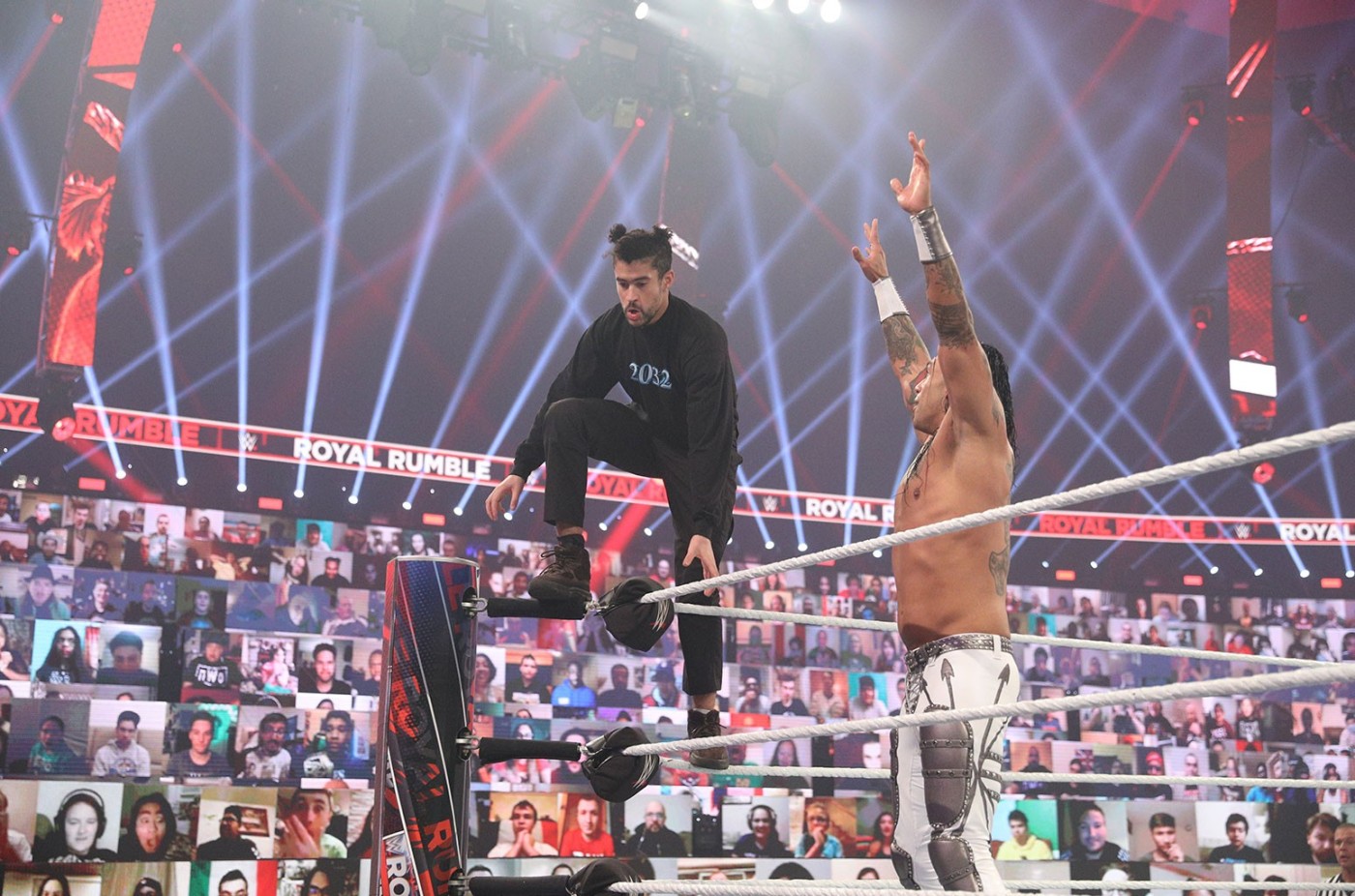 If you would have ever asked me, “Do you think Bad Bunny would ever join the WWE” I would have said no. But here we are three months after Bad Bunny made his debut in the WWE. And like any good storyline, it started with a small (yet prominent) appearance.

Bad Bunny made his debut with the WWE during the 2021 Royal Rumble where he performed his song “Booker T.” According to an article on remezcla.com, “He’s a longtime WWE wrestling fan. The WWE legend that Benito raps about appears in the “Booker T” music video. The wrestler dances next to him in the video that was released on Jan. 2.”

Throughout the next couple of months, Bad Bunny grew a feud with The Miz. “WHAT WAS THE REASON?” [Cardi B voice] Well. It sounds like The Miz wanted to recruit Bad Bunny but he declined to collaborate with the Miz. After some broken guitars over backs, expensive car damage and in-ring sabotages, the feud evolved into a tag-team match between the Puerto Rican singer and his pal, Damian Priest, and The Miz and John Morrison at Wrestlemania.

And Bad Bunny did not disappoint. You can watch a clip of his match by clicking here, but he was full of kicks, flips, slams, and everything else you’d expect from a brand new wrestler. Naturally he did win the tag team match.

But why is this even important? Bad Bunny has been and still is a HUGE star in music but also in change. In 2019 Bad Bunny paused his European tour to join protests in his native Puerto Rico and shared emotional videos on Instagram discussing political turmoil on the island. He has also become a huge advocate for the LGBTQ+ community. And Bad Bunny has also touched on the Black Lives Matter movement as well as the 2020 presidential election.

Whether or not Bad Bunny continues his WWE story is up in the air. Actually it’s not :). On Sunday, April 11, Bad Bunny and the WWE announced an upcoming 2022 tour, El Último Tour Del Mundo , named after the album he released last year. Even Triple H made an appearance in the video announcing the tour. Looks like everyone wins.