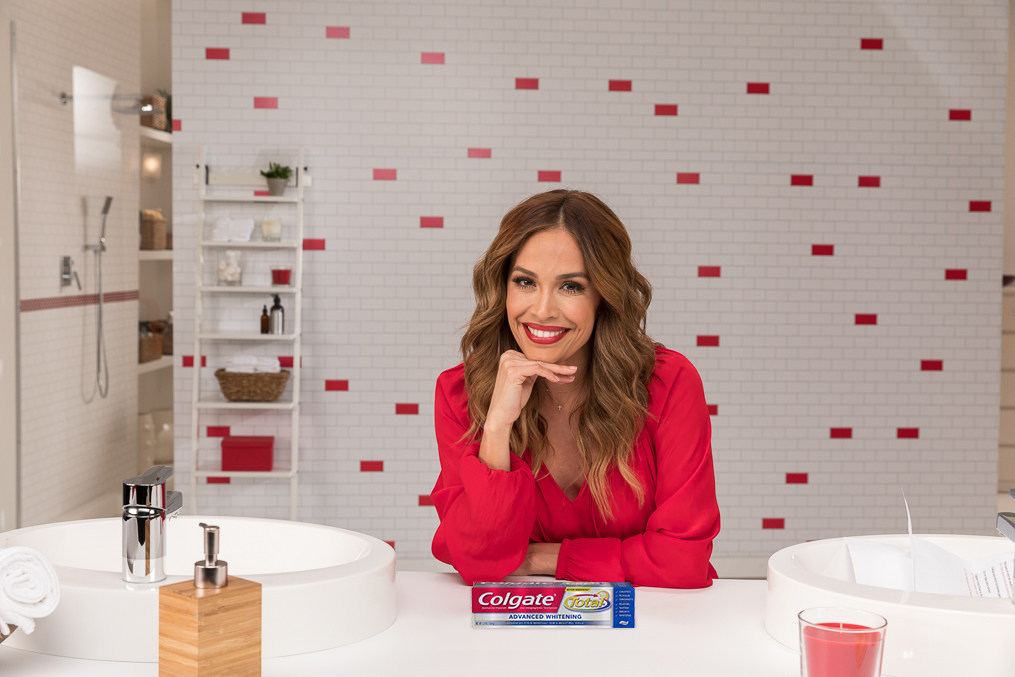 A couple of days ago, Colgate Total announced their campaign sponsorship with the American Diabetes Association to draw attention to the important connection between diabetes and gum disease. During the month of November – American Diabetes Month® — the Association is conducting a new “Everyday Reality” campaign to bring greater awareness to these daily challenges and build support for those living with the disease.

According to the Centers for Disease Control and Prevention, people with diabetes are two times more likely to develop gum disease. Gum disease can begin with the more common swelling and bleeding of the gums – the telltale signs of gingivitis. Diabetes prevalence is also higher in the Latino community.

The spokesperson for the “Latinx” portion of the campaign is none other than spokesperson, TV personality and mother of two, Karla Martinez. She will be helping spread the word about the importance of maintaining healthy teeth and gums through a series of tips on digital and social media on @KarlaMartinezTV.

Choosing to use the word “Latinx” instead of Latino/Hispanic is something else that strikes me as odd for a brand like Colgate. I won’t touch on that yet.

“The prevalence of diabetes is higher in the Latino community than the overall U.S. population,” says Karla Martinez. “Through leading by example with my family, I am committed to raising awareness for healthy lifestyles throughout my community. One easy step I take is keeping my mouth healthy. That’s why I use and recommend Colgate Total. It can prevent or reverse gingivitis and protect my teeth from cavities.”

It also looks like Martinez isn’t the only spokesperson for the campaign. Colgate has also tapped the support of Randy Jackson to share his “everyday reality” of living with type 2 diabetes.

For more information about the “Everyday Reality” of living with diabetes, and to learn how you can help raise awareness and support the diabetes community, visit diabetes.org/everydayreality or www.SaludOralyDiabetes.com. And follow the #EverydayReality conversation on @Colgate, @AmDiabetesAssn and @KarlaMartinezTV.