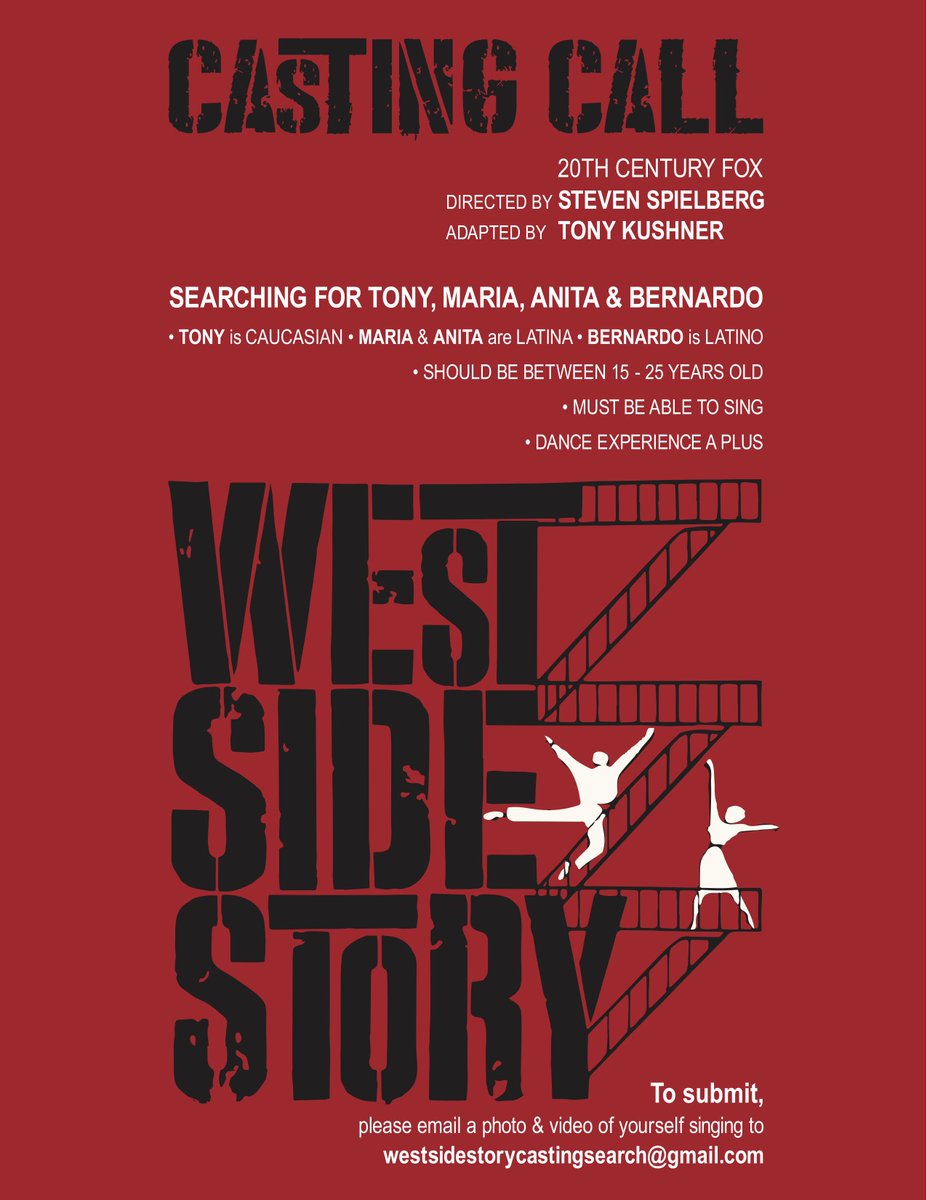 Not really recent news, but after watching Rita Moreno on the Academy Awards red carpet had me thinking, “Hmmm. Didn’t they announce this in January?”

The Sharks and Jets will be back! According to an article in the New York Times, “The casting call refers to the search for the four main characters, Tony, Maria, Anita and Bernardo. Tony, the call says, is set to be Caucasian. Maria and Anita will be Latina. Bernardo will be Latino. All four actors should be between 15 and 25 years old. Singing ability is a must.” The original characters were played by Natalie Wood (Maria), Rita Moreno (Anita), and George Chakiris (Bernardo). Steven Spielberg will direct the remake.

The original film was indeed amazing, but there always comes controversy. Yesnit was released in 1961; a time with conversations about sex and racism were not the best. So a woman of Russian and Ukrainian ancestry “had” to play Maria and a Greek-American “had” to play Bernardo right?

An article on remezcla.com says, “The 1961 movie not only used Mexican culture signifiers for a group of Puerto Ricans, it also had actors appear in dark makeup, something Moreno has spoken out in the years since the film’s release.”

Anyhoot. The call for actors (Latino actors) is a great opportunity for many reasons. We could potentially see and find new up-and-coming Latino actors. The other? We get to see West Side Story again! This film is so iconic, that every now and then I sing the “America” song.