Let me just start by giving full disclosure, I work for an agency that is working on the following campaign.

So remember a couple of years ago when Zika became a thing? Well, it’s still a thing. It was in 2015 when a widespread epidemic of Zika fever, caused by the Zika virus in Brazil, spread to other parts of South and North America.

The Center for Disease Prevention & Control (CDC) recently launched a campaign aimed specifically at English- and Spanish-speaking Hispanic/Latinos, ages 18-44, who travel to Zika-affected countries; particularly pregnant women and their partners. And honestly, almost every single Central and South American country has some level of Zika warning. 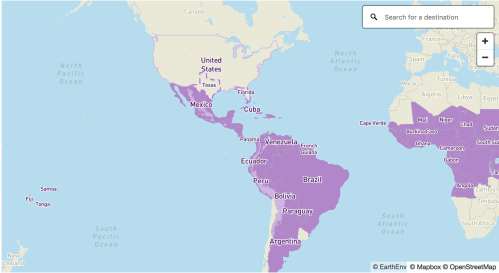 The #ViajoSinZika campaign highlights everything you need to know (in English and Spanish) including, “Before You Go,” “During Your Trip,” and “After You Return.” They have a handy, printable fact sheet you can take on your trip as well! One very important thing to note is if you are pregnant right now, and are planning a trip…delay the trip!

This is what the CDC knows so far about Zika:

Although women need to be especially careful when it comes to contracting the Zika virus, men need to be careful as well, as they can transmit the virus during sexual intercourse.

You can learn more about the CDC’s campaign at cdc.gov/viajosinzika.